Around £50,000 – that’s the incredible amount Fisherfield Childcare has raised for the NSPCC over the past 10 years.

Fisherfield’s remarkable achievement was recognised recently at a special reception at Rochdale Town Hall, attended by the Mayor and Mayoress of Rochdale, Councillor Ray and Mrs Elaine Dutton.  The event was organised to celebrate two awards won this year by the Rochdale branch of national charity the NSPCC, the National Society for the Prevention of Cruelty to Children.

The Rochdale branch, comprising Rochdale, Heywood and Littleborough, was named both Branch of the Year for the North of England and then National Branch of the Year, after being nominated by the NSPCC’s Community Fund Raising Manager, Deborah Sefton. The branch raises approximately £35,000 for the charity every year.

Community fund raising manager Deborah Sefton gave an example of how some of the money raised might be used: helping to fund advice and support service Childline. She said £400 would cover the cost of providing a Speak Out, Stay Safe programme for one school, while £25 enables the helpline centre in Salford to answer five telephone calls.  Ms Sefton gave an indication of the degree to which the helpline serves local children. “820 calls last year came from Rochdale postcodes,” she said. “Only a small amount of callers give their postcodes, so that’s just those who did.”

Fisherfield Childcare, are very grateful for our amazing staff, the supportive parents, generous businesses and not least our great children who are always are a source of inspiration, happiness and delight. 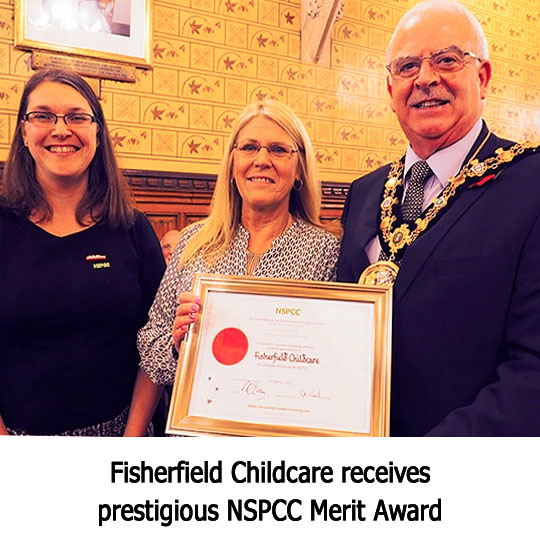